A DOCTOR has accused a Guardia Civil officer of asphyxiating a former rugby league player who died on holiday in Ibiza.

Doctor Santiago Akoskin said the officer refused to remove his baton from the throat of Luke Rhoden, despite being asked to three times.

Officers were called to Ibiza Rocks Hotel in San Antonio after the 25-year-old fell from a first-floor balcony following a suspected drink and drugs binge.

Rhoden had to be restrained as he ranted at other hotel guests, according to Guardia officials.

His father is now considering taking legal action in the wake of the doctor’s report and has called on his local MP to support him.

Akoskin, the first doctor on the scene, said: “I told the police officer who was asphyxiating him three times to withdraw his baton from the tourist’s neck and he only removed it at my third time of asking.

“When I told him: ‘You’re asphyxiating him’ the first time he replied by saying: ‘I know what I’m doing.”‘

The doctor also confirmed that Rhoden’s heartbeat raised to more than 160 bpm as officers used clamps to stop him from kicking out.

The investigating magistrate is also said to be investigating Akosin’s actions after he gave Rhoden two Valium injections during the police restraint.

He insisted that his actions would not have caused the cardiac arrest that killed Rhoden.

He said: “I haven’t committed any negligence at all. I’ve told the truth and others are trying to cover their backs.” 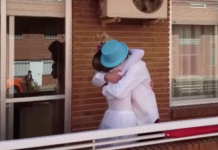 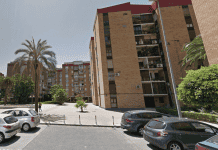 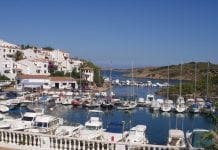