FILMING of Game of Thrones’ fifth season has begun around Andalucia.

Fans have so far spotted Nikolaj Coster-Waldau, who plays the part of Jamie Lannister, as well as Jerome Flynn, who plays Bronn and Indira Varma, who plays Ellaria Sand.

Others who have been spotted include Nell Tiger Free, who has been cast as the new Princess Myrcella and Toby Sebastian, who plays Trystane Martell as well as Alexander Siddig, who plays Doran Martell.

As well as using Sevilla’s Real Alcazar, film crews are also said to have been in Ronda and will this week also shoot in Osuna.

While the Olive Press is keeping close tabs on its movements, staff at the Alcazar have been kept at a bare minimum.

“They are coming and going, but only filming on completely closed off sets,” said one source.

“They are only using parts of the palace and gardens and doing a lot inside.”

It has left thousands of tourists and fans disappointed as they try and snap pictures through a series of barriers put up around the gardens.

About 250 actors and extras are working on set while 40 trucks laden with costumes and tropical plants are driving around supplying parts for the sets that represent the ‘Kingdom of Dorne’.

According to the production source, filming over the weekend was hampered due to heavy rain.

The record-breaking series, based on George R.R. Martin’s A Song of Ice and Fire, will continue being filmed at the Alcazar until the October 18, before the whole cast and crew moves to Osuna and other ‘secret locations’.

Has anyone spotted a Game of Thrones film crew or actor? Please send your pics and story to newsdesk@theolivepress.es 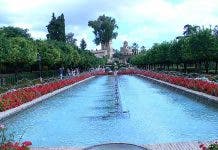 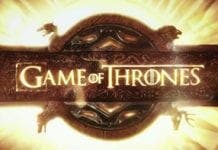 Game of Thrones to air in Spain simultaneously with the USA 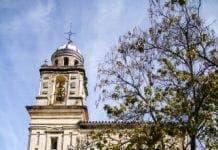 Jerez: The toast of Andalucia