SPAIN’s National Traffic Authority (DGT) have spent € 1,996,500 on 30 laser speed cameras to be rolled out across 14 provinces.

The cameras are to be delivered by the contractor in the next two months according to the Official State Gazette (BOE) and come with a two year guarantee.

They are set so as to always capture two high quality images of the rear of a vehicle while controlling several lanes, at any time of day and on any type of road regardless of their positioning.

They do so thanks to two crossed infrared emitters that leave a space of a few centimetres which calculate the time it takes to move from one point to the other.

The DGT aims to raise a total of €360 million in fines in 2015 which would reportedly constitute a 6.1% loss on this year’s income. 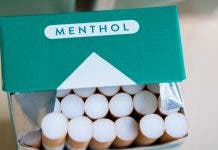