THE EU’s anti-trust regulator has ordered some of Spain’s biggest companies to repay billions of euros after they exploited tax break regulations.

The European Commission likened the scheme to ‘illegal state aid’ as it benefited Spanish corporate buyers at the expense of international rivals.

The companies were able to manipulate the system due to pre-crisis tax break measures in Spain.

The commission opened an official probe in 2007, asking Spain to cancel the measures put in place – which it did – but without recovering the credits up to that point.

Before the tax breaks were cancelled Telefonica was able to acquire British rival O2 and Iberdrola completed the takeover of Scottish Power. 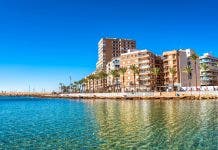