THE Duchess of Alba is showing signs of recovery after being rushed to hospital with pneumonia.

Maria del Rosario Fitz-James-Stuart, who has more titles than any other aristocrat in the world, was admitted to the emergency ward at Sagrado Corazon hospital in Sevilla on Sunday evening.

The 88-year-old – who lives in Sevilla in one of her many palaces – is said to be in a serious condition, but ‘not critical’, according to one of her sons speaking to El Pais.

A doctor treating her confirmed that she had shown signs of recovery overnight.

A spokesperson for the duchess’ charitable foundation said: “She had suffered a stomach virus a few days earlier but had recovered from it. Now she has pneumonia. At her age, one thing leads to another.

“She is weak. We are worried because we love her very much.”

The duchess, whose fortune is estimated to be between €600 million and €3.5 billion,
is also Spain’s richest woman.

The eccentric aristocrat – who has 57 titles according to the Guinness Book of World Records – insists she also once turned down an offer to be painted by Picasso. 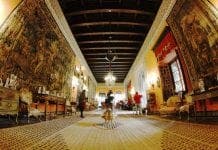 Duchess of Alba’s palace opens to the public 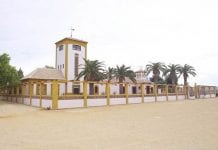