AS half time drew in, Liam Walker let rip from 35 yards and those gathered in O’Reilly’s got to their feet and harmoniously gasped in disbelief.

As the speculative volley made its way towards the top corner and Manuel Neuer scrambled towards his own goal, the impossible nearly materialised… Gibraltar, for a moment, looked as though they were about to score against the world champions.

In reality, Neuer made a relatively comfortable save and Germany went on to win 4-0… nevertheless, the Gibraltarian faithful thunderously applauded the effort and equally cheered a respectable result.

With Gibraltar venturing into the world of international football for the first time this year, two Olive Press reporters made their way to the Rock to sample the atmosphere as they took on footballing giants Germany.

On the back of three heavy defeats at the hands of Poland, Ireland and Georgia, the Gibraltar team would have been forgiven for rolling over against the Germans.

But that was not to be.

After six minutes one gentleman in the bar stood up and cheered the defensive display: ‘six minutes lads, we’re hanging in there,’ he said raising his glass to the big screen.

However on 12 minutes, the inevitable happened and Thomas Muller latched on to a freak deflection inside the six yard box to tuck away his first of the game.

The remainder of the first half followed in predictable fashion, with the Gibraltarian defence standing resolute against the German bombardment.

Two goals followed, Muller doubled the score on 29 minutes after a good low cross from Lukas Podolski before Mario Gotze added to his World Cup final winner in the 38th minute following some quick footwork on the edge of the box.

After that, Walker very nearly become Gibraltar’s favourite son and the teams went in 3-0 for half time.

In comparison the second half was a rather drab affair with the bar slowly emptying with happy fans content to see their side put on a brave showing.

An own goal from Yogan Santos capped off the German victory on the night, but the character shown by the Gibraltarians made the football world sit up and take note of the new boys on the block… maybe a certain Mr Blatter even caught the game.

With the teams back in the dressing rooms, the post game bar chat around Casemates Square celebrated a ‘not-so-terrible’ result and whispers on Dusk’s dance floor were optimistic of Gibraltar’s place in the footballing world. 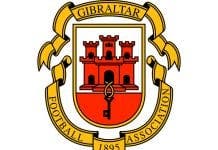 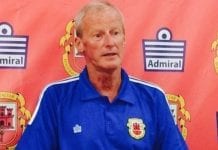 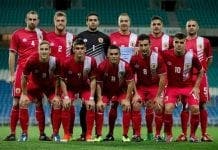