SPANIARDS have the best holiday deal in the world, according to a new study.

Workers in Spain are treated to an annual 30 days paid leave, nearly twice as much as their Asian or American counterparts.

The figures come from an annual survey by travel group Expedia, which analyses holiday entitlement for nearly 8,000 workers in 24 countries. The survey also looks at how many of those allotted days workers actually take.

Along with Denmark, France and Germany, Spanish employees get the highest number of days off worldwide, and make sure they take every day given to them.

This gives them more than double the holidays offered to – and taken by – workers in countries as diverse as  South Korea, Hong Kong and the USA.

Other Europeans have an average of 28 days off every year.

Brits meanwhile take an average of 25 out of 26 days, and are willing to go to surprising lengths to get more.

Spanish employees get the highest number of days off worldwide

When asked what they would sacrifice in exchange for an extra week’s holiday, 16% said they would be prepared to give up showering for a week – the highest rate in the world – while 48% would give up social media and 28% would forego sex.

Andy Washington, managing director of Expedia.co.uk, said: “Somewhere between 80 and 90% of people worldwide say that holidays make them feel happier, better rested, closer to their family and less stressed.”

“These are all emotions that correlate to a productive employee. So it’s almost paradoxical: spend more time away from work, and you might just be a better performing employee.”

Holidays around the world, and the days people actually take: 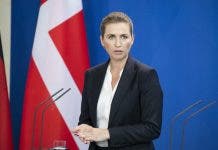