WHEN you tell people that you are going to move to a foreign country, they are often concerned and baffled and impressed because it’s such a big decision, and you must be a brave and adventurous person to do it. However, I’m neither of these things and yet my decision to move to Salamanca was an easy one.

I had finally come to the end of the queue in the tent outside the main hall where my graduation had just taken place. The woman took my hand and I lifted my heavy black gown with the other, and got up onto the small platform. This is it! I thought, excited. This was the last thing I ever had to do as a student of Swansea University.

I looked at my family who were stood behind the camera, my mother was bursting with pride. Then I looked into the lens and suddenly it really hit me. This is it. And then what?

I wasn’t ready to be a contributing member of society.

Perhaps if I made a run for it now they would forget this whole business and let me stay just a little longer. Just until I made a plan. Just until I found a real job, or just until I learnt how to make a lasagne from scratch.

But it was too late.

The lady came forward and handed me a plastic white tube that was meant to represent a degree certificate and that was about as useful as the real thing. She stepped behind the camera. Say cheese! She told me. I tried. I looked again towards my proud family and to my mother, and as the flash went off, I mouthed the words, I’m doomed.

I worked two jobs before enrolling on a CELTA course, designed to prepare you for teaching English as a foreign language.

The first, a baby shop, from which I was made redundant, and the second a department store. The idea was conceived one day between two hours spent putting bras into the correct order, and a further three measuring breasts at the command of a girl four years my junior.

Within a week of completing the course, I began the hunt for a job, applying to over thirty positions.

I mused over the section of the form where it said language skills and thought about my degree. Spanish, I wrote. Intermediate. Then I looked over at the bra draped over the chair and a post traumatic chill ran down my spine. Spanish. I rewrote. Advanced.

Within a week of the interview, I was on the plane. I was to go and work for a North American woman who had opened a new English academy in Salamanca.

It wasn’t an enormous salary but it was more than I was used to, and she assured me that the cost of living was very cheap, that the rent was reasonable and the bills were low.

The most I would spend monthly would be on food, and being a vegetarian in a country that specialises in meat dishes would mean that starvation would save me even more.

The first thing I noticed about Salamanca is how small it is.

There’s no underground metro and I’m yet to find a place that I can’t walk to in under twenty minutes.

It has a large plaza in the centre which I have been told is baroque, with influences from both herreriano and renaissance.

It’s quite disproportionate and at the height of its tallest side, there’s a clock-face and three small bells.

The second thing I noticed about Salamanca is its residents.

Throughout the day there are large clusters of visitors who have come to see the various churches and cathedrals and old university buildings here.

However, the real residents of Salamanca, while varying in some cases from middle aged shop-owners to Señors and Señoras who rest habitually in the patios of restaurants and cafes, aren’t to be seen until late afternoon. At this time, every day on the plaza, they emerge from their residences and classes, with their books and bags.

To meet on the plaza is a social norm before proceeding to dinners, then bars and clubs until the early hours of the morning. I recognised them all. I recognised the clothes they wore, the things that they talked about, and then it dawned on me.

Salamanca is a giant university campus.

I was home again. 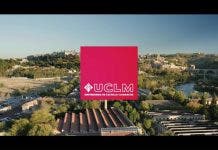