IN June 2013, the government changed the rules for its booming holiday rentals market and Spain’s 17 regions were tasked with regulating their own private landlords.

Eighteen months on, Andalucia is set to introduce its own regulations.

There has been much speculation about the motive behind the law change. Was it to ensure owners would declare their income? Yes. Was it to introduce a minimum standard of quality in tourist accommodation in Spain? Yes. Was it due to pressure from the hotel industry? Probably…

Whatever the reason, it doesn’t damage the simple fact that regulating holiday accommodation is a positive step forward in an industry that is predicted massive growth in 2015.

Global studies show many holidaymakers now choose rental accommodation over traditional hotels. In Spain alone, the demand for holiday rentals increased by 20% in 2014.

Regulations have already been introduced in Catalunya and Valencia. Now, one year after Tourism Director Rafael Rodriguez announced that regulations were in motion, Andalucia is set to unveil its own measures.

It will be free to apply for your licence, however you may be subject to a tax from your local town hall.

The Junta de Andalucia used the decree from Catalunya as a template and, in general, the stipulations are standard and achievable.

Some of the points important for owners include:

Hotel lobby groups are also putting pressure on the Junta to introduce a ‘minimum 5-day stay’ rule, similar to the law in Madrid.

Sevilla-based association Apartsur is supporting homeowners in Andalucia and has been negotiating with the Junta de Andalucia to get some of the less favourable conditions taken out.

Until the final decree is published, we won’t know what’s in and what’s out. The holiday rental market must move with times and embrace change.

Holiday rental regulations should focus on quality, safety and security. They should focus on giving guests the assurance they need to book their holiday with confidence. And they should instill trust in genuine owners and managers.
To find out more information on the holiday rental industry, visit http://www.spain-holiday.com/rentalbuzz 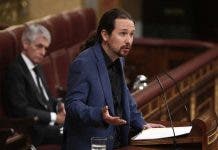