THE waters are turning perilously choppy around Spain’s coastlines. It’s not the second Armada, although recent clashes at sea between Spanish Navy and Greenpeace ships might suggest otherwise. But this is a battle being fought on land as well as sea,  and a demonstration of ‘people power’ against the Government rather than nation pitted against nation… although many of the protesters themselves hold high government office.

Over the last 12 months, tourist boards and green groups have declared themselves ready for a long drawn-out fight against Spain’s new fossil fuel fixation. But oil’s not well in love or war. It represents a major u-turn from the country’s green agenda, with one tourism chief declaring that the country ‘cannot afford the luxury’ of an environmental conscience.And, despite thousands of people joining in the protest over offshore drilling, the Spanish government’s pursuit of ‘black gold’ shows no signs of relenting in 2015.

Flotilla protests off the coast of Fuengirola and ‘occupy’ movements in the Canary Islands have been a common sight over the last year as the Spanish government steps up its oil exploration programme.For the most part, the protests have been peaceful, as has the government’s response to them. But as the year drew to a close, the ‘cold oil war’ showed signs of hotting up.

In November, a Spanish Navy vessel rammed a Greenpeace dinghy, injuring four people and landing a 23-year-old woman in hospital. Then, a week later, Spanish authorities seized the Greenpeace ship, Arctic Sunrise, and the outlook began to look distinctly stormy.  As Prime Minister Mariano Rajoy continues to increase his support for oil against greener alternatives, environmentalists continue to turn out in heavy opposition.

On October 18, a civil rights group organised a protest across the seven Canary Islands in opposition to exploratory work in the archipelago’s surrounding waters.Supported by international organisations, including Greenpeace and the WWF, more than 21,000 people turned out under the slogan ‘We live here, we decide here’.

The protesters’ main concerns are focused on the environmental impact of drilling on the Canaries’ rich marine wildlife. “The waters surrounding the Canary Islands are home to nearly a third of the world’s whale and dolphin species,” said WWF Secretary General, Juan Carlos del Olmo. “We’re talking about an area that is Europe’s richest when it comes to whales, and one of the top in the world.”

Del Olmo said whales and dolphins would be at risk from oil spills, contamination and harmful noise pollution if the drilling goes ahead.

There have also been murmurs of concern from the tourism industry as the prospect of drilling looks likely to threaten the island’s biggest source of income.

The Canaries currently attract 61 million visitors a year, and the clear waters of the Atlantic Ocean are a big attraction.  “We have little to gain and a lot to lose,” commented Mario Cabrera, President of the local government of Fuerteventura.  “The Canary Islands need tourists to survive, and tourism in the Canary Islands needs a clean sea.”

Similar concern has been voiced by the Ibiza government, with spokesman David Sala slamming the ‘exploitative’ technology.He said: “Just because we have the technology to exploit nature, we can’t continue to use technology that destroys the environment and, by extension, ourselves.”As a result of mounting pressure from the individual islands, the President of the Canary Islands’ regional government, Paulino Rivero, called a referendum for November 23 to ask islanders whether they were ‘for’ or ‘against’ oil exploration.

Rivero outlined the issue in a letter to Rajoy but on October 25 Spain’s Deputy PM, Soraya Sanez de Santamaria, announced that the national government would be appealing the legality of the referendum.Less than two weeks later, on November 4 – at the first available hearing – the Constitutional Court unanimously suspended the planned referendum, following Madrid’s formal appeal.

Meanwhile, back on the Costa del Sol, a fleet of more than 100 boats set off from Fuengirola port to protest Repsol’s plans to drill for gas off Mijas Costa in the upcoming months.Backed by the Junta’s Tourism Minister, Rafael Rodriguez, the flotilla was joined by Greenpeace’s icebreaker ship, Arctic Sunrise, in opposition to the ‘Siroco’ project which aims to drill wells 12km southwest of Fuengirola.Members of a local citizens’ movement ‘against the prospecting of hydrocarbons’ have also been vocal in their opposition. As well as protests and petitions, they organised a human chain of objectors along the seafront and staged a recreation of an oil spill on the beaches of Mijas.Rajoy’s decision to revive Spain’s hunt for domestic energy after decades of disinterest demonstrates a distinct change of policy within the Spanish government.For the past 20 years, the country had all but abandoned attempts to uncover fresh oil supplies to focus on renewables.

Spain became a global leader in the world of hydroelectricity, with only China and America having built more dams.

The country’s ageing nuclear power stations also meet 20% of the grid’s demand, while wind and solar energy contribute a combined 23%.But the days of ‘doing it green’ now look to be a thing of the past.

The current government is losing its patience and  enthusiasm for renewables, and is now pinning its hopes on finding fossil fuels to power the country.

Aside from a few remaining coal mines in the north of the country, Spain has never been blessed with energy sources. At present, the country depends on imports for 99% of its oil and gas needs.

And with unemployment still high – running at 33% in the Canary Islands – Industry and Tourism Minister Jose Manuel Soria has insisted that Spain ‘cannot afford the luxury’ of an environmental conscience.

As the economy shows only feeble signs of recovery, the Spanish government has brushed aside any environmental concerns to give the green light to the oil companies.

A report published by Deloitte in March predicted that the oil industry could create 250,000 jobs and constitute 4.3% of Spain’s GDP by 2065.

The report – based on an estimated 2 billion barrels of oil and 2.5 billion cubic metres of gas being extradited – also predicts that Spain could become a gas exporter by as early as 2031, while producing 20% of the oil it consumes.

A total of 70 international licences have so far been granted to energy companies to search for both shale gas and conventional resources off  Spain’s coasts, including the waters surrounding the Canaries.

Last month, Turkish company Genel Energy announced that it had uncovered two ‘significant’ offshore deposits off the coast of Morocco, and the prospect of fracking in the Canary Islands became very real.

After a long time with its proverbial big toe dipped in the waters of renewable energy, the pursuit of ‘black gold’ – and the wealth which comes with it – appears to be too great an economic opportunity for the Spanish government to miss.With politicians  doing everything but ‘pour oil on troubled waters’, protests from anti-drilling platforms will only grow louder in a story that looks set to run until the New Year grows old, and beyond. 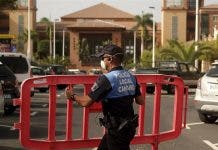 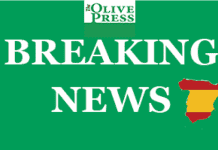 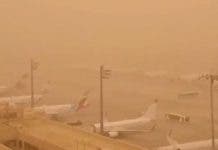 Staff Reporter - 31 Mar, 2020 @ 17:03
The coronavirus crisis has resulted in many more people becoming aware that buying and storing vast numbers of plastic water bottles is not the...