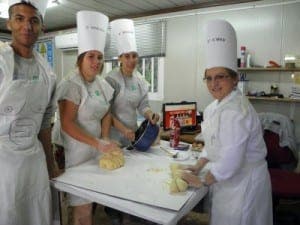 A GROUP of budding chefs at La Consula catering school in Churriana finally went back to class this month.

More than 30 first year students are starting the year three months late, after funding problems prevented them from joining the course at the end of September.

La Consula has grown into one of the country’s most esteemed catering schools, with alumni including double Michelin-starred chef Dani Garcia.

A similar situation at sister catering school, La Fonda in Benalmadena, is expected to be resolved shortly.