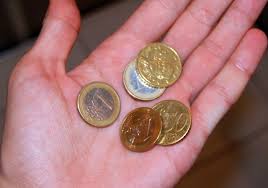 AN alleged short-changer is back behind the tills at Lidl in Velez-Malaga.

Expats have taken to a Facebook forum to complain about a female cashier who repeatedly leaves them with incorrect change.

Complaints of the light-fingered check-out assistant first surfaced last summer, before she disappeared from the tills.

But… now she’s back and already up to her old tricks.

“I just want to warn people that she is back and she is still short-changing people,” said an expat who was conned last week.

“I was short-changed by a euro. Thankfully I knew what she is like so I was watching the bill.

“I know it’s only a euro but if she does it to 20 people a day then she’s making quite a profit.”

A spokesman from Lidl told the Olive Press that they cannot comment on specific allegations but they take formal complaints about members of staff ‘extremely seriously’.

If you have been a victim of the Lidl short-changer contact newsdesk@theolivepress.es or make a complaint to Lidl by calling 902 24 32 22