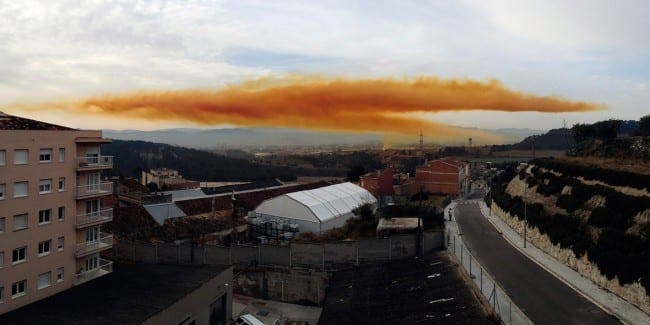 More than 65,000 residents of Igualada, 70km from Barcelona, and its surrounding town were warned to stay indoors and keep windows and doors closed for four hours after the explosion.

The cloud was caused by two chemicals – nitric acid and ferric chloride – mixing during a delivery, exploding and causing a fire which injured at least two bystanders, according to the Catalunyan regional government.

Nitric acid vapour can cause problems if it is inhaled, swallowed or comes into contact with the eyes or skin.

Higher doses can cause severe burns, while prolonged exposure can lead to breathing difficulties and lung damage.

The towns’ water systems are being assessed for contamination following the incident.