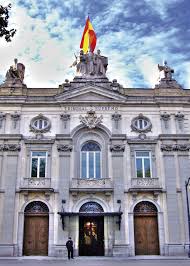 ASK ‘the man on the street’ in Spain, he will likely say we have a sluggish judicial system, incapable of dealing with a backlog of undecided cases. Sadly, this points to a complete lack public confidence, respect and pride in the country’s legal system.

However, there are notable exceptions: the Spanish Supreme Court has recently ruled on two immigration cases in record-breaking time – just under two years since the Spanish Consulate in Tehran turned down two permanent residency applications – rejections subsequently confirmed by the Madrid Appeal Court.

These cases relate to Iranian nationals who had filed for Spanish non-lucrative residency in September 2012, after purchasing real estate in the province of Malaga.

The relevance of these cases stems from the unexpected judicial speediness and efficiency in resolving cases that would otherwise drag on for six or more years – the average time it takes a case to reach the Supreme Court.

The case also sends a crucial confidence message to investors who rely on the word of the law but have to endure the pains, when applying for their visas, of discourteous and unprofessional members of the Spanish consular service, often seen as a deterrent to foreign investment.

I can sympathise with Iranians in particular, as many times I have dealt with bizarre decisions by the Spanish Consulate in Tehran.

So, a small victory for two Iranian families willing to invest in Spain but, more significantly, a far-reaching message to investors and consular service staff members: the law is to be applied, and nothing more.