INSPECTIONS into illegal buildings are kicking off across Malaga province.

The land registry is expecting to find up to 39,000 ‘irregular buildings’ – constructions, extensions or modifications built without paying the necessary IBI local rent.

As many as 758,000 homes in Estepona, Malaga and 10 other towns will be inspected in a second phase of the checks, that initially began in 2013 and concentrated on some 29 towns in the province.

Malaga city itself is expected to house some 390,000 such developments – around one in 10 of the total properties in the city – equating to fines of around €2.3 million.

The 10% will include any small alterations that the homeowners have failed to report.

Inspectors compare aerial photographs with constructions on the ground and fines start at €60, proportionate to the seriousness of the change.

Some of the ‘irregularities’ commonly detected are new swimming pools, extensions and building on vacant plots. 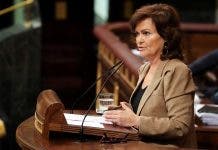 John Culatto - 3 Jun, 2020 @ 19:30
Three youths from La Linea de la Concepcion and a fourth person from Ceuta have been arrested on suspicion of drug smuggling on Monday.