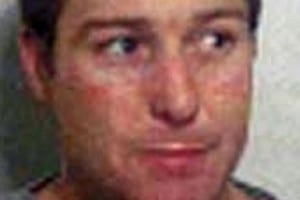 A SUSPECTED British drug trafficker who fled to Spain has been arrested in Amsterdam.

Scott Coleman, from Liverpool, has been seized by police after more than 12 years on the run, many of which were spent in Spain.

The 40-year-old was initially arrested in February 2003 and charged with possession with intent to supply heroin.

But after failing to appear for trial at Edinburgh Crown Court, and fled to Spain.

“We know Coleman was in Spain for a while but like many fugitives he wrongly believed he could evade capture by moving around,” said Hank Cole, head of international operations for the NCA.

Coleman is due to appear in court next Monday when extradition proceedings will begin.

He is the 65th fugitive located out of 76 publicised through Operation Captura, a joint UK-Spain operation between Crimestoppers, the NCA and the Spanish authorities.

His arrest takes the success rate of the campaign – which has been tracking him since 2008 – to over 85%.

Cole added: “There is no safe haven for fugitives. The NCA with continue to work closely with our law enforcement partners across the world to pursue these individuals and return them to the UK to face justice.”