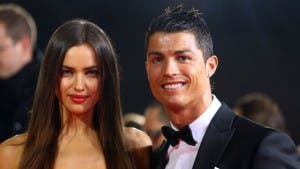 THE truth has emerged about the real reason for Cristiano Ronaldo’s split from Russian beauty Irina Shayk… and it looks like she ditched him.

Speculation was rife that the Real Madrid star and the 29-year-old model had split when she failed to make an appearance at the Ballon d’Or award ceremony on January 12.

The Portuguese footballer announced shortly afterwards that the couple had indeed called an end to their five-year relationship.

He added: “We believed it would be best for both of us to take this step now. I wish Irina the greatest happiness.”

But in reality things weren’t so amicable, as revealed by a close friend of Irina’s this week.

“She was in shock and completely shattered,” said the friend, of Irina’s decision to end things on New Year’s Eve.

“It was not a decision that she took lightly.

“She left the party immediately and spent New Year crying alone in the airport before flying to the Maldives, where she also spent her birthday alone.”

More recent comments suggest that Ronaldo’s inability to be faithful was the reason for the split, as rumours of his infidelity plagued the relationship.

When asked what she looks for in a man, Irina answered: “I love honest men. I would like a man who can be loyal to women.”

A friend added: “She couldn’t take it any more. After a lot of thought she felt that she could no longer ignore the signs.”

But both seem to have moved on already, with rumours of Irina now dating wrestler-turned-actor Dwayne Johnson (The Rock) while Ronaldo has been paired up with Real Madrid TV journalist Lucia Villalon.