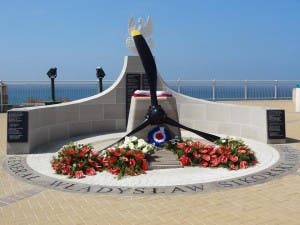 NOT a lot of people know that Europa Point showcases a monument to a former Polish Prime Minister who lost his life in a freak plane crash on the Rock.

Wladyslaw Eugeniusz Sikorski lost his life in 1943, when his plane crashed into the sea just 16 seconds after taking off from Gibraltar Airport.

At the time, the crash was attributed to cargo moving to the back of the plane during takeoff.

But several conspiracy theories are still doing the rounds today.

Shoddy maintenance causing the controls to jam, a deliberate crash-landing from the pilot (the only surviving passenger) are two of the most popular.

And recently, various articles and films produced in Poland have claimed the general was murdered.

In 2008 the Polish government ordered a reassessment of the accident, but could not reach a conclusion.

One thing is certain: in the months before his death, Sikorski was proving to be a thorn in the side of the Russians as he promoted an independent Poland…

Boozed-up British mum, whose kids taken into care after she collapsed in Gibraltar airport, returns to UK with £450 fine