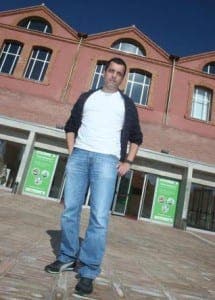 A COMPUTER specialist from Velez-Malaga has been named the best in the world at stopping virtual hackers.

Voted on by more than 200 online security specialists from around the world, Bernardo Quintero was named the cream of the crop when it comes to preventing online crime.

The manager of Virustotal, part of Google, Quintero said it was an ‘honour’ to receive the ‘MVP award’ at an IT security conference held in Torre del Mar.

“It is a dream come true,” he said. “It is remarkable what I have been able to achieve since Google acquired my company two years ago.

“It is a very special award to receive because it comes from global experts within the industry.

“To be honest, I was not expecting it, I am humbled because it was something I hadn’t even imagined.”

Quintero gave a lecture on the dangers of external attacks and virtual property theft at the conference.

He also talked up Spain’s ability to tackle virtual crime, claiming they are more ‘flexible’ and ‘able to improvise’ than other nations.