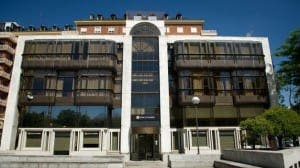 SPANISH lender Banco de Madrid, has filed for bankruptcy after its Andorran parent company was accused of laundering money for organised crime groups.

Spain’s central bank has stepped in after Banco de Madrid was hit by substantial client withdrawals following the allegations against parent BPA.

A spokesman for the Spanish lender said it had undergone a ‘sharp deterioration in its economic and financial situation’ due to its its parent company being named a ‘primary laundering concern’ by the U.S. government.

The network alleged that BPA’s managers had knowingly facilitated transactions for organised crime groups for a number of years.

In response, a BPA spokesman said that the company is ‘working with the Andorran financial regulator to uncover any wrongdoing,’ adding that the allegations ‘will quickly disappear’.

Banco de Madrid is a small bank in Spain’s banking sector that targets high-net worth clients with deposits above €500,000. The lender has an estimated 15,000 clients and 21 offices throughout the country.