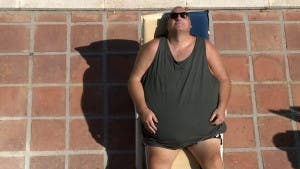 IT’S a tragedy that the BBC gave Mentorn Media a stage for such a one-sided documentary about expats in Spain.

For the ‘mockumentary’ Costa del Sol: the last Brits standing was not only negative… but it was plain wrong.

New stats show that, in fact, the British expat community is not only growing in size again, but has been for over a year.

In fact, we officially number 276,000 here and are the second fastest growing nationality in Spain.

So much for heading home.

For one hour, we watched the Brits and Spaniards wage war in a contrived, out-dated report that was, at times, stranger than fiction.

We hope that the good to come out of this film is the outraged reaction from anyone with first-hand experience of living in Spain, fortifying Anglo Hispanic relationships rather than deteriorating them.