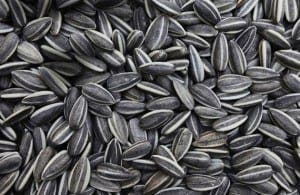 THREE people have been arrested for stealing more than 25,000 kilos of pipas from a rival company in Malaga.

The trio stand accused of swiping the load worth €10,000 from a warehouse in Malaga port between October 2014 and January 2015.

At least two of the arrested are believed to be employees of the pipas company, with one of them being the brother of a company director.