A QUARTER of Spanish people believe the Sun revolves around the Earth, and not the other way round. 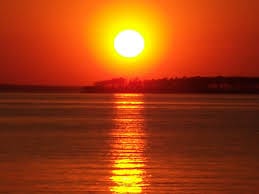 While 30% think that humans once lived alongside dinosaurs, according to the latest Social Perception of Science survey. A further 11.5% disagreed that humans are descended from animals.

However, the startling results are still an improvement on 2006, when almost half the population thought dinosaurs and humans had co-inhabited the earth, and 40% thought the sun orbited us.

The number of correct answers overall in the survey rose from an average 58% to 70%, suggesting scientific knowledge is on an upward trend.

But still around 27% consider homeopathy ‘very or fairly scientific’ and 14% pay attention to astrology.

Almost 43% do not yet know what fracking is, compared to 24% of people who are against it and 17% who see it as a positive advancement.