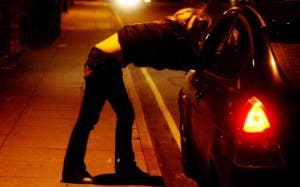 THE man dubbed ‘Europe’s biggest pimp’ has been picked up by the Guardia Civil in Torremolinos.

He was arrested on after a Moroccan woman revealed his whereabouts to Belgian authorities after Rene allegedly beat her up and burnt her skin with a cigarette.

Operating for a wealthy clientele, the organisation regularly caters for customers in luxury hotels and even on yachts.

And he reportedly had plans to expand the ‘business’ to Ibiza, Barcelona, France and Denmark by the year’s end.

Rene relocated to the Costa del Sol after serving jail time for drug trafficking in Belgium.

Sourcing ‘clients’ on three separate websites, he brought girls – largely from Romania – to the Costa del Sol and Belgium to work for him.

Customers paid around €200, of which Rene pocketed €50 himself, according to a Guardia Civil spokesman.

His girls would perform around five services a day, making the organisation over €1.3 million a year.

Three other men have been arrested in connection to the organisation and 20 ‘workers’ are being interviewed.