IT is anything but bargain basement.

Indeed, with its eight well-appointed bedrooms, stunning gardens and one of the best infinity swimming pools in Andalucia, it is definitely one for the Taste the Difference section.

Described as ‘heaven on earth’ and ‘a magical hideaway’, on TripAdvisor, it is perhaps not surprising that the former guesthouse has been snapped up by Britain’s wealthiest supermarket tycoon David Sainsbury.

The villa El Nobo, in Gaucin – where Hollywood stars Claire Danes and Hugh Dancy spent their honeymoon – has been acquired ‘for around €1.5 million’ according a local agent.

Proceedings have been very hush-hush – but the Olive Press can reveal that the beautiful villa has been acquired in a private sale from owner Sally von Meister with no agents involved.

It comes after the Sainsbury clan spent over a decade holidaying in the dreamy villa, which has amazing views across the straits of Gibraltar to Africa.

Von Meister, who had been living in the property for around 30 years and rented out the whole house in summer, confirmed the sale but did not wish to comment further.

However, a source in Gaucin said: “The Sainsburys love the home and have been going there for a month each summer for years, so it is a great buy for them.”

Another friend told the Olive Press: “The entire sale has been played close to the chest.

“It is a big property and has simply become a lot of hard work for Sally to look after.”

Estate agent Adam Neale of Terra Meridiana said: “It is great news for the village and for the local economy as a whole. It’s amazing to have people of that calibre buying here.”

Also known as Lord Sainsbury of Turville, he is a married father-of-three and has been the Chancellor of Cambridge University since 2011. 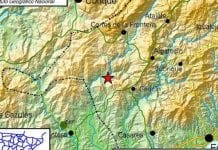