THE ex-police chief of Torrox, Jose Roque, has gone AWOL after receiving a three year prison sentence for forgery. 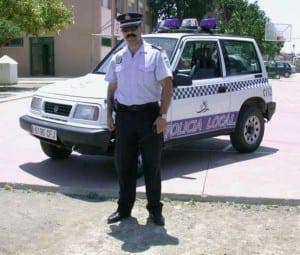 Roque, who served as the head of the local force for 12 years, was handed the sentence for forging the mayor’s signature in 2007.

He has not been seen since April 7, when he took off with his staff mobile phone and police weapon.

Police officials were set to present Roque with his official dismissal and prison order on April 8 but found his Velez-Malaga home empty.

He was found guilty of falsifying former mayor Toni Claros’ signature for the benefit of personal friend Monica Martinez.

The decision to imprison Roque was made on March 31. UPLB-Andalucia union representative Pablo Escobar has question why it took a further 8 days to issue the order.

“What a curious thing to make the decision on one day and then not issue it until a week later,” he said.

“Why was he not notified on the 31st, or on the next working day, which would have been the 6th.”