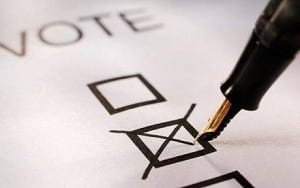 BRITISH expats living around the world are complaining that they were unable to cast their vote in yesterday’s UK General Election.

Some Britons living abroad have complained that their postal votes arrived too late for them to return in time to be counted.

All votes are still to come in but David Cameron is set for another term in Downing Street after the Conservative party reached the magic 323 seats needed.

Most of the affected were in the Middle East but as expat blogger Brian Cave explains, a number of European expats were also affected by the delayed postal system.

“There is prima facie evidence accumulating that large numbers of citizens abroad have not received any ballot papers for the election,” he said.

“The electoral registration officers in various constituencies have not sent out the papers in time so that they can be returned in good time before May 7.”

A total of 113,742 people registered to vote via proxy or postal. The number that actually did remains unknown for now.

John Culatto - 7 Oct, 2022 @ 15:47
THE parliament of Gibraltar will get a complete facelift starting in November, press reports have revealed. New office areas on the ground floor, an open...