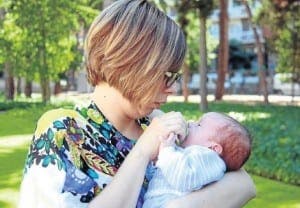 SPAIN is the seventh best country in the world to be a mother.

Save the Children has revealed its 16th annual Mother’s Index, and Spain has left the UK way behind in 24th, while Norway came first.

Meanwhile, a different survey by MumAbroad.com found that 50% of expat mums in Spain, France, Italy and Germany never want to return to their home country.

Overall, 62% of mothers ranked the quality of life better in their adoptive countries, but many felt the education system was worse.

Exactly 50% had given birth in their adoptive country, with the majority (85%) describing it as a positive experience.