A BRITISH man is on trial for murdering his mother before fleeing to Spain.

Sean Heiss, 30, from south west London, is accused of strangling 58-year-old Margaret Sheehy at her home in 2012.

Prosecutor Sarah Plaschkes QC told the jury that Mr Heiss fled to the Spanish port of San Sebastian using his dead mother’s credit card to pay for the Eurostar.

He allegedly went on to spend more money on his mother’s cards before being arrested and extradited back to England.

Mr Heiss denies murdering his mother, who had apparently been planning to sell her flat in order to live mortgage-free in Bournemouth or Spain. 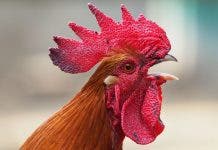