by Rob Horgan and Iona Napier

IS it a bird, is it a plane, no it’s two Olive Press journalists soaring behind Britain’s Got Talent semi-finalist Jonathan Lutwyche.

Treated to an exclusive sneak peak behind the scenes at Danza Academy, in Gibraltar, Jonathan Lutwyche put reporters Rob Horgan and Iona Napier through their paces.

After strutting his stuff Jonathan talked up his chances of progressing to the competition’s finale. 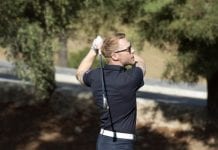 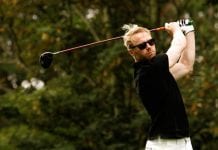 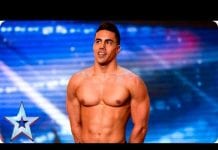