DO your shelves need fixing?

Fear not! Because the BBC’s DIY SOS host Nick Knowles has moved to the Costa del Sol.

And what’s more, the 52-year-old is looking for a golf buddy.

Knowles, his wife Jessica, 27, and their nine-month-old baby, Eddie, have moved from Eton to – appropriately – Sotogrande for a better quality of life, it can be revealed.

In a snap decision following a burst artery in his sinus, Knowles – who has recently been linked to the Top Gear anchor post – spontaneously moved the family to the millionaires’ enclave, after it was recommended by a friend.

“It all happened so quickly – there were only two months between considering the move to unpacking our first box,” Gloucestershire-born Jessica told the Olive Press.

Having previously studied Spanish in upmarket Puerto de Santa Maria, near Cadiz, the move for her was a dream.

“It’s great to be back and I’m excited about getting my Spanish back to how it was,” she continued.

“Being out here means the time we will spend together as a family will be so much more special, and hopefully less pressured.

“There is such a sense of space here – I feel like I can finally breathe.”

However it has not all been plain sailing.

“The beginning was tough when Nick was away on work and I was alone with Eddie,” she said.

“After the excitement of moving in, it felt like clearing up after a party with a thumping hangover – but now we love it and are really excited.”

The couple are regularly apart due to Nick’s hectic schedule, but Jessica’s younger sister, Ellie Sadler-Moor, works as a nanny for three weeks a month.

Nick, who has three grown up children from previous relationships, has worked for the BBC for over two decades and has presented the National Lottery, Sports Relief and Who Dares Wins among other shows.

He recently rebutted rumours he would fill Jeremy Clarkson’s job hosting Top Gear, saying ‘audiences should see less of me rather than more of me’. 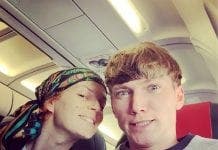 Ins and outs of Sotogrande 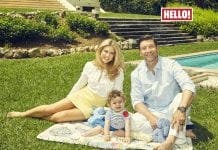 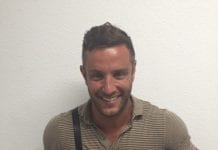 Elliott Wright: The Only Way is La Cala