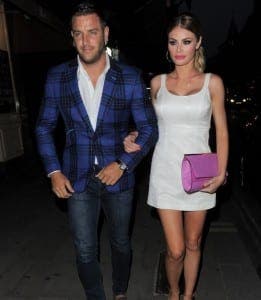 I’M just coming up for breath after a very eventful fortnight!

I never was much of a multi-tasker, so keeping my new restaurant in La Cala on track while filming around the clock with The Only Way is Essex’ Marbs special has been busy to say the least!

Either way, we had a blast in some of the coast’s hottest spots… boozing in Pangea, partying in Tibu and also test-driving the new Cavalli Club in Banus – now that is quite a place.

There were the usual tears, drama and catfights, plus some very strange beachwear from Bobby, but you can catch it all this week when series 15 launches on June 14 on ITVBe.

As for my on-off girlfriend Chloe, we did see each other during the trip… but I can’t go into that here. You’ll have to watch the show.

Anyway, after all that over-exertion, it’s probably time for a holiday!

But there is no chance of that as work cracks on at Olivia’s… and the good news is that the Old Bill have finally given me the all clear with building work, I was able to breathe a huge sigh of relief.

Things are really falling into place and I can’t wait to show you the awesome menu from head chef Dave, however ladies please – while I’m flattered that you keep asking – NO I will not be ‘on the menu’.

Despite a few strange applications (let’s just leave it at that) we are getting a great team of staff together, but are still recruiting so send over a CV if you think you’ve got what it takes.

Most exciting of all, we now have a brand new sign, which the guys from TOWIE were able to see before they went home.

They’ll be back in a few weeks for the grand opening…they’ve promised… and I’m hoping I can get Arg to sing in return for his usual five starters, three mains and six desserts!