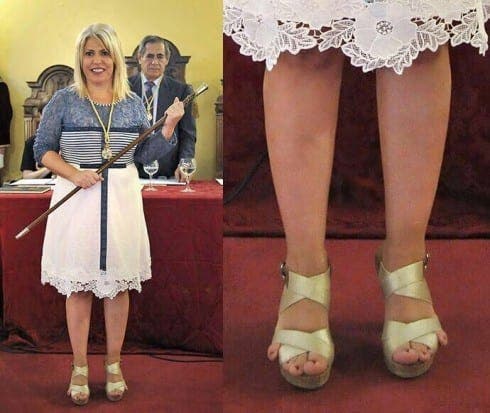 Mamen Sanchez caused a social media storm when she was inaugurated, but  for the wrong reason.

This image of her sandals – which appear to be unable to contain her little toes – has gone viral on Twitter and Facebook.

The PSOE’s Sanchez was invested as mayor after agreeing a pact with Ganemos Jerez and Izquierda Unida, following her failure to win an absolute majority in May’s municipal elections.

She appeared to take the social media reaction in good humour though, later tweeting:”I have not laughed this much at news, comments and memes about my shoes and pinkies.”