SPAIN has been named as the top destination for European holiday makers this summer.

A recent study by lastminute.com has revealed that the Iberian peninsular is a fir 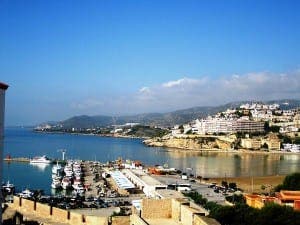 m favourite among French, Italian, English, German and even Spanish tourists themselves.

The survey, which questioned over 6,000 Europeans, revealed that half of Spaniards choose to holiday within their own country, rather than travelling further afield. The Spanish peninsular is the most popular destination for Europeans, after the Canary and Balearics Islands.

Any signs of economic worries seem to be brushed aside, with eighty six percent of Spanish people are set to be packing their suitcases this summer, a 4% increase from last year.

With the typical Spanish holiday spending a third of their time on the beach or by the pool, it’s no surprise that nearly a third of Spanish sign up to a gym six weeks prior to holidaying. On average, Spanish people expect to lose 2kg before setting out to stroll on the beach, despite only an 8 percent feeling satisfied with their body.