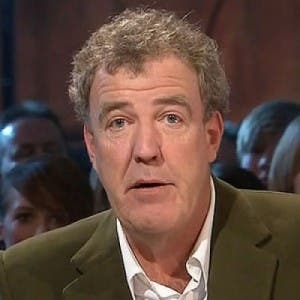 DISGRACED former Top Gear presenter Jeremy Clarkson is facing a backlash from the Spanish embassy after he wrote a damning review of a Spanish car.

Pulling no punches, Clarkson’s car review in the Times read more like a tirade against the Spanish, stereotypes and racial slurs to boot.

Labelling the new SEAT Leon as a ‘lukewarm paella’, Clarkson said he had never driven a SEAT because he ‘never saw the point’.

“SEAT was created at the time Spain was emerging from its Third World status and the government didn’t want its people squandering their beads and their chickens, or whatever currency they used at the time, on high-value imports such as cars,” he added.

“Who would choose to have his car made by Spaniards, who are good at fishing off Cornwall, when he could have the exact same thing made by Germans, who, let’s be frank, are good at making cars?”

“More than two million people all over the world buy Spanish-made cars every year and they seem perfectly happy with the product and strangely impervious to Mr Clarkson’s thoughtful, balanced and always entertaining views.”

‘Black suits and dresses at the ready’: How we dealt with royal deaths at the BBC

EXCLUSIVE: One of UK’s most wanted fugitives ‘collecting cash for criminals’ in Marbella, claims ex-cop