SPAIN is this year back on top of the dining world, with El Celler de Can Roca placed first in the World Restaurant top 50 rankings in London.

Elsewhere in the country, Arzak, in San Sebastian, slipped down from eighth to 17th. But overall, seven in the top 50 – five in the top 20 – means Spain is well and truly playing on the global stage when it comes to the restaurant game.

Here the Olive Press presents the seven Spanish restaurants – from across the country – which made the cut.

Run by the three Roca brother since 1986, El Celler serves traditional yet ‘creative’ Catalan food. Peculiar dishes include those based on perfumes, including Calvin Klein‘s Eternity and Carolina Herrera. Food is presented with a contemporary twist, such as caramelised olives served on a bonsai tree. The restaurant is famous for its big wine cellar which stores some 60,000 bottles.

Chef and owner Adoni Luis Aduriz opened a restaurant in 1998 which offers a nature-inspired dining experience in his native Basque country, located in the heart of a blissful oak forest. Famous appetizers include Eucalyptus smoked loin of lamb with its cultivated fur and gelatinous chicken Mille-feuille, both of which feature in the 24-dish tasting menu.

Hidden deep in the Atxondo valley in Bilbao, Etxebarri is great for a quiet dine. A more rustic experience than other Michelin restaurants, it preserves the ancient technique of grill cooking, using carefully selected firewood from a selection of trees. Cheaper than the other restaurants in the top 50, a meal will set you back €125. Aside from a meaty tasting menu, dairy options such as oat butter and buffalo cheese are also famous dishes.

A specialist in modern Basque cuisine, this three star Michelin restaurant offers an innovative tasting menu with impressively presented courses, such as tuna with rhubarb and lilies or chorizo in tonic water. Owner and Chef Juan Mari Arzak describes his dishes as having an ‘evolutionary, investigatory and avant-garde’ touch. A popular sweet option is the ‘chocolate marble’ dessert, served with amaranth and oregano sauce.

Situated in the East of Bilbao, modern techniques meet old world sophistication on the menu, with ‘Duck Royal a l’Orange’ or Kokotxas pil-pil (a traditional Basque fish dish) being firm favourites. In addition to its own vegetable garden, it also has a vineyard, a winery, and a second, more casual restaurant called Prêt à Porter. Azurmendi itself is located at the highest point of the complex, overlooking the beautiful Basque countryside. Featherlight and brittle raspberry ‘croissant’ with a silky cream cheese filling is popular on the desserts menu.

Snacks, pickles, tapas, mains, meats, desserts are the six stages of the unique ‘mood’ menu which diners can enjoy at Quique. Named after the restaurant’s owner, this menu includes seasonal 31 imaginative courses which depict the Dacosta’s passion for creativity. Unusual tasters include egg in ashes, satay of crab or ice cream basil and tomato sandwich.

Originally known as tapas restaurant El Bulli, it was later developed by Albert Adria to comprise six different rooms for authentic tapas dining. Food served at the Catalonian restaurant is not only a reflection of Mediterranean Barcelona, but Galicia and the Costa Brava. It thrives on its creativity, with adventurous dishes such as Xuxis made of hedgehog with avocado and mint jelly. 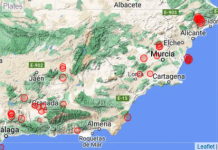 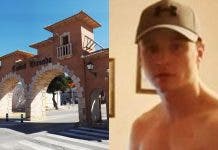