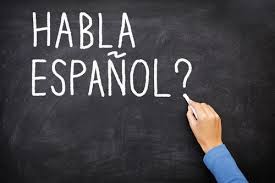 It is only outstripped by Mexico which has 121 million Spanish speakers.

In a study by Instituto Cervantes, it has been revealed that there are 41 million American Spanish speakers – and 11.6 million bilinguals.

It is predicted that there will be 138 million Spanish speakers in the US by 2050.