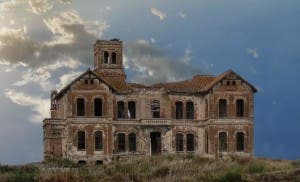 IF spiders, ghosts and things that go bump in the night don’t scare you off, join the queue to splash €16 million on Spain’s most haunted house.

The Cortijo Jurado in Malaga, which has captured the attention of paranormal experts internationally, is now up for sale with Idealista.

The imposing 19th century mansion perches alongside the A357 Campanillas road in Malaga province and was built with 365 windows, one for every day of the year.

Constructed by the Heredia family in the 1830s, legend has it that numerous unspeakable crimes, kidnappings and tortures took place before victims’ bodies were buried within the building.

But this has not put off prospective buyers and the cortijo has been partly renovated in recent years. 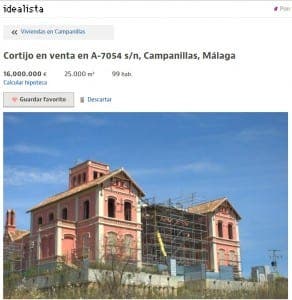 In 2004, a project to convert the property into a four-star hotel with 210 bedrooms was approved but halted by the crisis, and it still carries permission for this development.

Will this soon be the hottest murder mystery holiday destination?