A BRITISH woman died in a bungee jumping accident in Granada on Tuesday afternoon. 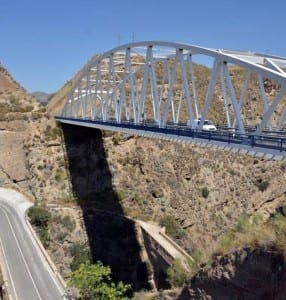 Klyo De Abreu, 23, is believed to have collided with the wall of an old stone bridge in Lanjaron, Granada.

Spanish police are investigating whether she was bungee-jumping with a company or on her own and also whether there was an error made in calculating the length of the rope.

De Abreu was still attached to the rope when the police found her, after being called by a bystander who witnessed the event.

The victim was reportedly on holiday from London, staying with her aunt near the Sierra Nevada.