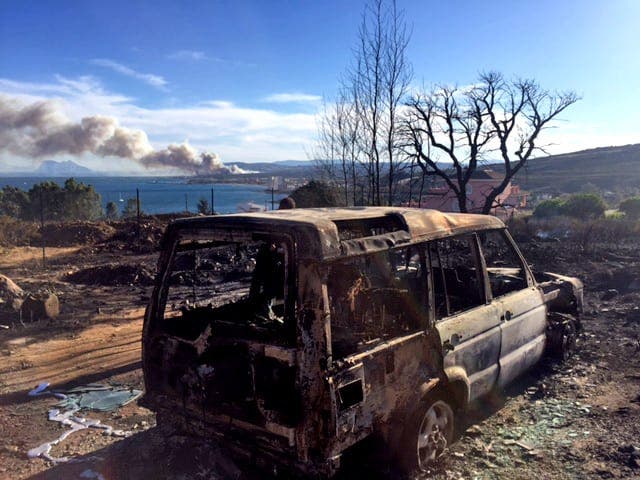 TWO wildfires are still blazing in the Campo de Gibraltar.

The first fire reportedly started around 4:00pm near La Paloma beach in Manilva while the second fire started about 20 minutes later in the Sotogrande area.

While the first fire appears to be under control, the second fire continues to blaze near Sotogrande.

Two seaplanes, four helicopters, five specialist groups and four fire engines were called to the scene and residents in neighbouring areas have been evacuated, say sources.

The strong winds have left two huge palls of smoke blowing across the Campo de Gibraltar.

Helicopters are dropping seawater on the flames as they attempt to control the flames.