A JEWISH rapper has been axed from a Spanish reggae festival after refusing to speak out on Palestine.

American Matisyahu was dropped from Rototom Sunsplash festival for insisting he would not criticize Israel’s treatment of Palestinians.

Now the Valencia festival – featuring reggae acts including Aswad, Lee ‘Scratch’ Perry and Bunny Wailer – has been branded anti-Semitic by pro-Israel groups around the world.

Organisers have been slammed for ordering the reggae-style rapper to release a statement about the right of Palestine to exist, a situation he dubbed ‘appalling and offensive’.

“No artist deserves to be put in such a situation simply to perform his art,” said Matisyahu, noting that none of the festival’s other artists were asked to make political statements.

The festival organisers insisted they had, in turn, acted under pressure from the international Boycott, Divestment and Sanctions (BDS) movement, which supports Palestinian statehood.

The movement condemned Matisyahu as a ‘Zionist’ who defends ‘a state that practices apartheid and ethnic cleansing’.

While being American he is seen as being a representative of Israel, despite insisting this is not the case.

Many of the other artists however, threatened to cancel the festival unless Matisyahu spoke out for Palestine.

Festival officials cited ‘the festival’s sensitivity to Palestine, its people and the occupation of its territory by Israel’ in a statement.

Both the Spanish and US governments have released outraged statements against the festival. 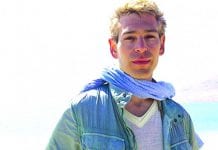 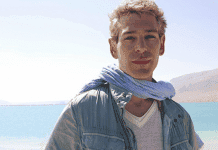