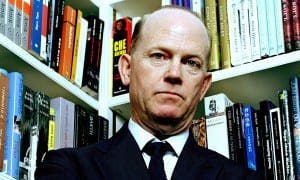 ONE of the most famous literary agencies in the world is on the hunt for the next Miguel de Cervantes.

The Wylie Agency, founded by literary agent Andrew Wylie known for his sneaky business tactics as ‘the jackal,’ will open an office in Spain in an attempt to reach the growing Spanish-speaking market and change the Spanish publishing world.

The Spanish office will be headed by Cristobal Pera, the previous directing editor of Penguin Random House in Mexico.

The literary agency has one of the most impressive client lists of any publishing house, representing everyone from Salman Rushdie to the estate of Vladimir Nabokov, and from the Spanish-speaking world Jorge Luis Borges and Roberto Bolaño.