Many Brits pack a copy of OK Computer or The Bends before they head to Spain. And why not? Radiohead are probably England’s most iconic post-Beatles rock band. Spaniards Vetusta Morla are on the way to achieving the same status and the two groups have a similar edgy musical style. As Vetusta Morla bassist Antonio Benito Baglietto once admitted: “Who has not been influenced by Radiohead nowadays?” However, while the band has enjoyed success — in part — by emulating Radiohead’s ambient instrumentals and crooning vocals, look deeper and you will find an even more interesting influence in cult Manchester band Joy Division, with their haunting production and crisp driven rhythms.

Fans of England’s Arctic Monkeys will find themselves nodding along to Supersubmarina’s pop-rock beats. Both are reminiscent of the last generation’s punk-rock bands, while being far more clean-cut and, perhaps, more mainstream in appearance. Supersubmarina’s seminal protest song Hasta Que Sangren is reminiscent of the thought-provoking music of the Manic Street Preachers, while Pete Doherty’s Babyshambles and Manchester band The Doves also come to mind.

CHECKLIST: Supersubmarina’s Arena y Sal and Niebla; the Arctic Monkeys’ Do I Wanna Know?, plus Manic Street Preachers’ If You Tolerate This Your Children Will Be Next

Marlango = Regina Spektor and Everything but the Girl

Not a perfect match, as American Regina Spektor’s music tends towards lighthearted pop, while Marlango has a folksier sound. However, both Spektor and Marlango employ a less-is-more approach to background instrumentals, preferring unobtrusive guitar and percussion accompaniments that allow their vocals to take centre stage. It works well, as both Spektor — who also plays the piano — and Marlango singer Leonor Watling have truly extraordinary voices. And yet there is more, with a distinct feel of iconic British group Everything but the Girl writ large, in many of Leonor’s more soulful offerings.

CHECKLIST: Marlango’s El Porvenir and Semilla Negra; Regina Spektor’s Fidelity, plus Everything but the Girl’s Missing

Love of Lesbian = Of Monsters and Men or Elbow

The Catalan band, who have neither a lesbian, nor woman in their line up, are more acoustic-heavy than English equivalent Elbow and Icelandic band Of Monsters and Men. But each band have songs that span the folk-pop-rock spectrum, ranging from bouncy to wistful, a versatile range that appeals to a wide audience. Ultimately all are original and difficult to pigeonhole.

CHECKLIST: Love of Lesbian’s Noches Reversibles and Me Amo; Of Monsters and Men’s Little Talks and Crystals, plus Elbow’s One Day Like This

The dark curls, the smouldering stare… the physical resemblance between Bunbury and The Doors’ legendary frontman Jim Morrison is striking. A generation after The Doors burst onto the music scene in the mid-1960s, Spanish rock band Heroes del Silencio rose to fame in the Spanish-speaking world. And while The Doors undoubtedly enjoy wider fame, the latter has attained iconic status here, with vocalist Enrique Bunbury also enjoying a successful solo career.

CHECKLIST: Bunbury’s Frente a Frente and El Solitario; The Doors’ Light My Fire and Hello, I Love You

As One Direction are set to ‘take a break’, a Spanish alternative may mend your teenage daughter’s’ broken heart. Both, it turns out, were formed in 2010 on TV. And the similarities don’t end there: over the past five years, Auryn and 1D have both won a host of awards and heart for their catchy pop tunes and charming good looks. In fact, since Auryn sing in English, you might have difficulty telling their songs apart.

CHECKLIST Auryn’s Saturday I’m In Love and Puppeteer; One Direction’s What Makes You Beautiful and Story of My Life

When indie-pop band Los Planetas formed in 1993, the singer of English indie-rock group Bastille was just seven. And while Los Planetas is clearly the more established band, Bastille have enjoyed enormous early success, selling millions of albums since 2010. But Los Planetas: also have similarities to English rock band Muse, whose sound is slightly darker but has clearly influenced both bands.

CHECKLIST Los Planetas’ Un Buen Dia and Que Puedo Hacer; Bastille’s Pompeii and Things We Lost in the Fire, plus Muse’s Dead Inside

La Bien Querida’s anthemic Poderes Extranos has become one of the coolest tunes of the summer in Spain. It’s a lilting, catchy pop song, reminiscent of Pulp’s 1999 hit Common People, and with the distinct electronic feel of New Order. But there is another uncanny similarity with singer Ana Fernandez-Villaverde being very similar to American Ingrid Michaelson. Their voices are folksy and appealing, their instrumentals ambient and pleasingly poppy.

CHECKLIST: La Bien Querida’s As Veces Ni Eso and Poderes Extranos; Ingrid Michaelson’s Be OK and The Way I Am, plus Pulp’s Common People

Admit it, MOR AOR (middle-of-the-road, adult-oriented rock) it a guilty pleasure for many of us. And Mecano and Canadian singer-songwriter Celine Dion fall squarely into this genre. A mix of pop and rock, mostly sentimental (think Dion’s My Heart Will Go On, from Titanic) and overbearingly mainstream. They have both enjoyed huge success, rather similar to the likes of Phil Collins, who has definitely helped to mould both of them.

Need to get the party started? English duo the Pet Shop Boys helped to make the gay scene and electropop cool. And their influence on electro duo Fangoria, with their fast-paced synthetic tunes and edgy stage presence is all too apparent. Keyboardist/composer Nacho Camut is a gay icon, like PSB’s singer Neil Tennant. A modern day equivalent… definitely Lady Gaga, with her flamboyant antics and status as an LGBT icon.

CHECKLIST Fangoria’s Dramas y Comedias and Absolutamente; the Pet Shop Boys’ It’s a Sin and Always on My Mind, plus Lady Gaga’s Born This Way 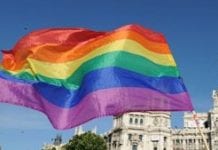 Torremolinos reinvesting in its LGBT culture with busiest summer schedule ever