SIX people have been killed after a rally car spun out of control during  a rally in Galicia, northern Spain.

The car slammed into a group of twenty spectators at  the A Coruna Rally  killing four women, one of whom was pregnant, and two men.

A Guardia Civil spokesman said, “One of the drivers took the track at a much higher speed than he should have and he veered off a curve, slamming into around 20 people.”

“My deepest condolences to the bereaved and wishes for a complete recovery of those injured.” 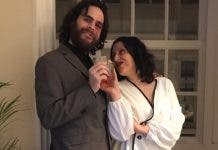