PALOMA Faith has apologised on Twitter for greeting crowds at the Gibraltar Music Festival on Saturday with ‘Hola Espana!’

The pop star – whose father is Spanish – made the controversial blunder just four days before Gibraltar’s national day, a fierce celebration of its Britishness.

She further incensed the crowd by adding: “It’s great to be in a place that’s half English and half Spanish.”

But after seeing the social media storm surrounding her comments, the ‘Only love can hurt like this’ singer took to Twitter to beg for forgiveness.

“If I offended anyone tonight in Gibraltar about their heritage I’m sorry. I had no intention of doing that. I come in peace! I only bring love,” she tweeted to her 56,000 followers.

Faith then added: “I just wish that people could be kinder to each other and more compassionate and forgiving. There’s too much anger in the world already.”

Not everyone was quick to forgive her though, with many Gibraltarians taking to Facebook and Twitter to slam her comments.

One replied to her: “Many were offended, whoever briefed you should be sacked! We are a people of our own, most certainly not Spanish, not even half!”

While another declared: “Click. That’s my Paloma Faith spotify playlist deleted. Paloma who?” 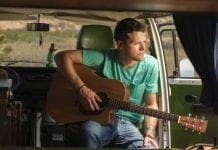 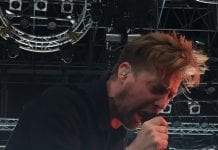 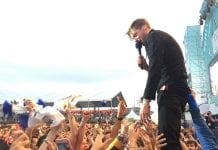