THE Rock has sent its warmest congratulations to Her Majesty Queen Elizabeth II for becoming the UK’s longest-serving monarch.

And she has responded to the statement with thanks and best wishes to the people of Gibraltar.

“On this special day we send our warmest congratulations to our much-loved monarch, the Queen of Gibraltar,” said Chief Minister Fabian Picardo.

“Her statement of ‘best wishes’ to Gibraltar is one we will all reciprocate and which could not have arrived on a better day than the eve of our National Day,”

“It is fitting that, this week, we also celebrate National Day on which we celebrate our identity as a people, an identity that has shown its loyalty to the British monarchy for over three hundred years,” he finished.

Prime Minister Cameron will give a tribute in the House of Commons with business postponed for half an hour, a River Thames salute will celebrate this milestone.

Cameron also tweeted: “Over the last 63 years, Her Majesty has been a rock of stability in a world of constant change,” and Fabian Picardo QC also passing comment.

The 89-year-old monarch’s last visit to Gibraltar was in 1954 and is still remembered by older members of the community. 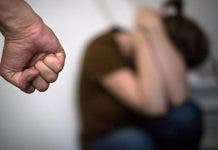