A DRUG-ADDICT who stole jewellery from his girlfriend’s dying grandmother to fund his addiction has been jailed for one year and four months. 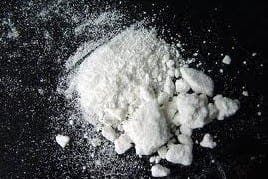 Nigel Segui, 23, pleaded guilty to stealing gold and diamond jewellery worth a total of £9,395.

After his girlfriend’s mother suffered brain tumours in 2014, the couple and their young child moved into her flat to help care for her.

However, as her condition worsened Segui began to take sentimental jewellery from her to pay for his cocaine habit.

According to the Gibraltar Chronicle, the Supreme Court judge told Segui: “She was dying of cancer and you were in a position of trust.

“You appeared before me on August 21 and I remanded you in custody.

“As I said at the time, this was a nasty offence and a custodial sentence was inevitable, but that the small chance of the sentence being suspended might be increased if you spend some time in custody by the time of sentencing.

“Far from being remorseful, within a week you applied for bail.”

However, Segui had reportedly been attending Narcotics Anonymous and Alcoholics Anonymous to deal with his addiction.