MAN’S best friend was turned from predator to pooch thanks to climate change. 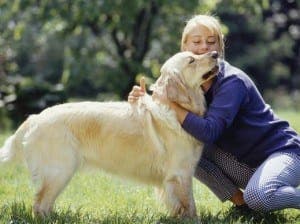 Malaga scientists have discovered that a change in climate over hundreds of years forced dogs to evolve to become more sociable and accessible to humans.

The mood shift took place due to the evolution of ancient canines’ body shapes.

A change in habitat, from woodland areas to wide-open spaces, forced hounds to evolve in order to chase their prey rather than ambush it.

As a byproduct, scientists at Malaga University claim their temperament was altered and

is the main reason why dogs are man’s best friend today.

Andalucia gang post cute photos of Pomeranian puppies to scam online buyers out of €30,000 across Spain