AN artisan beer company is raising a glass to an ancient Malaga site’s UNESCO bid in a double-barrelled promotion. 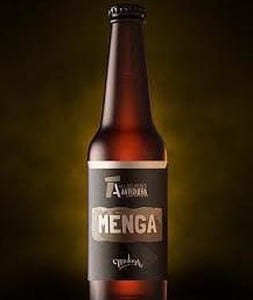 Menga is adopting the slogan ‘stone by stone’ from the Dólmenes de Antequera’s application to become a UNESCO World Heritage site.

The blonde ale, named after the town’s megalithic burial mound and 100% brewed and bottled in Malaga, is available throughout Andalucia.

The is also using the hashtag #piedrasobrepiedra to push both beer and bid.

TRAVEL: Nine breathtaking UNESCO sites in Spain you should put on your bucket list