ONE of Andalucia’s biggest and most important country estates, which attracted Hollywood beauty Salma Hayek, is off the market. 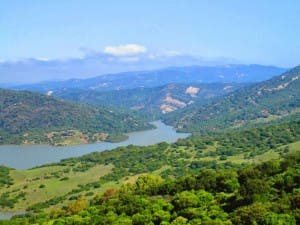 Controversial plans to sell off La Almoraima estate in the Alcornocales Natural Park have been scrapped after the Mexican actress kicked up a storm to keep it protected.

It came after The Olive Press launched a campaign in 2013 when central government sanctioned a plan to liquidate the ‘key environmental’ estate, worth an estimated €300 million.

Last year, the OP exclusively revealed that Mexican actress Hayek and her billionaire husband Francois-Henri Pinault had flown in to visit the 14,000 hectare property, in Castellar de la Frontera.

The couple came close to buying the land after Hayek was left outraged at the prospect of it being transformed into an ‘elite estate’ by a private buyer.

The property is one of the last undeveloped cork wildernesses in Europe and home to thousands of rare birds and wildlife.

However, under a proposal, sanctioned by the authorities, it was set to become a commercial hunting estate, with a mini airport, polo field and possible golf course.

Typically, however, Spanish red tape and paperwork complications halted the purchase after the couple flew in by helicopter to view the property.

Now the plan has been put on the backburner, with the estate confirming that it had had a profitable 12 months.

“The past year has been much better for us,” a spokesman said.

He added: “At no point did we actually want to sell the estate, it was merely out of necessity and desperation.”

In 2014, the park’s debt reached €1.5 million, giving directors ‘little choice’ but to try and cash in as pressure mounted from regional government.